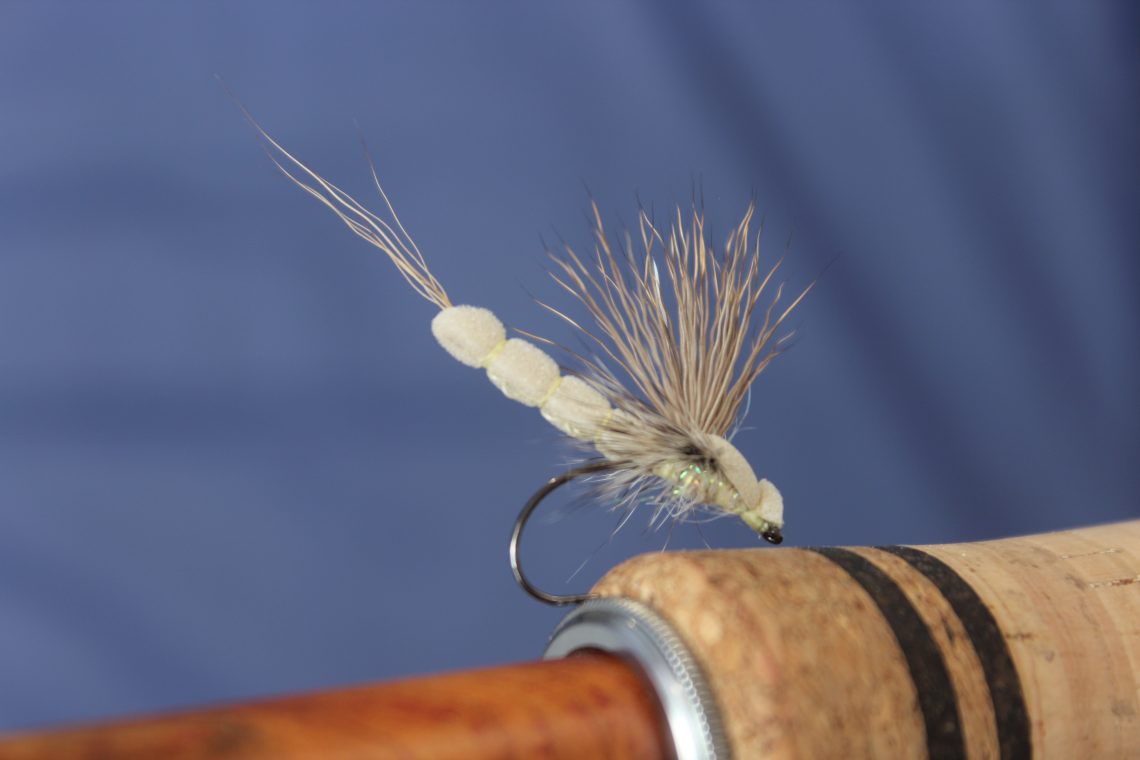 The Mohican Mayfly is an excellent mayfly imitation tied by Oliver Edwards. The dry fly imitates larger mayflies like Ephemera Vulgata, Ephemera Danica, and Hexagenia Limbata. Mohican Mayfly will take some time and skills to tie, but it is definitively worth having a few ready in your fly box when the mayflies are hatching.

Video Instructions on How to Tie a Mohican Mayfly

Slideshow on How To Tie a Mohican Mayfly

The first step in tying Oliver Edwards’ Mohican Mayfly fly pattern is to build up a thread base on a needle for tube flies. Do some sparse wraps, and do not put too much pressure on the thread as you want to slide it off later. Leave a good length of the excess tying thread as you want to secure this by tying it to the hook later. The length of the thread base should be the same as the hook’s length. Move your tying thread back to the tip and tie in a few bucktail fibers with a length similar to the body. Keep the excess as you want to secure the bucktail fibers to the hook.

Cut off a tapered length of foam. The foam should have a convex curve, and you should also make a tiny notch to make room for the tail. Fold it over the tube fly needle and make a few wraps to create the first body segment. Again, do not put on too much pressure. Continue this operation until you have about 4 to 5 body segments. Secure your thread with a few half-hitches. Leave some excess tying thread, so you can secure it by tying it to the hook later.

Make a thread base on the hook with your tying thread. Stop wrapping when your thread aligns with the hook’s point. Tie in the foam body of the mayfly imitation. Take a portion of deer hair, remove any underfur and use a hair stacker to align the tips. Tie in the wing on top of the hook. The length should be the same as the body’s length. Tie in the dry fly hackle feather with the shiny side facing you.

Step 3 – Build Up the Thorax and Hackle the Fly

Make a dubbing noodle with the Hare’s Ice and build up a thorax. Remember to save some space to tie off the foam and make the fly’s head. Make a few wraps with the dry fly hackle around the foam and the wing. Fold the hackle fibers pointing forward back and fold the foam over the thorax on each side of the wing. Tie it off close to the head. Secure your tying thread with a whip finish or a few half-hitches and a drop of varnish. Complete the fly by snipping off the excess foam.

How to Fish the Mohican Mayfly

Oliver Edwards’ Mohican Mayfly is an excellent imitation of the larger mayflies like Ephemera Vulgata, Ephemera Danica, and Hexagenia Limbata. It is best fished dead drift upstream on rising fish feeding on hatching mayflies. You can also tie the fly in different colors to match the hatch in your river or lake. 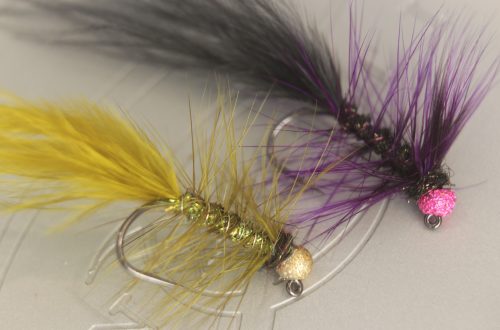 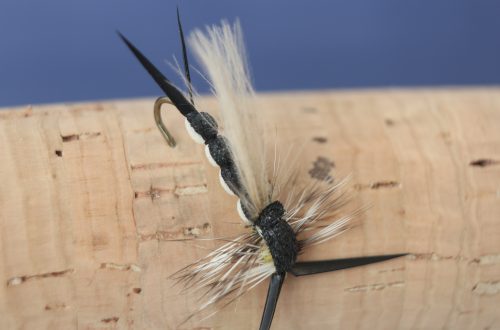 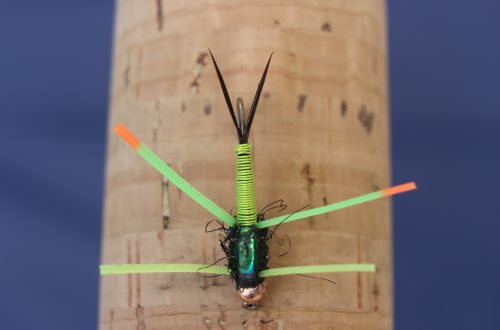