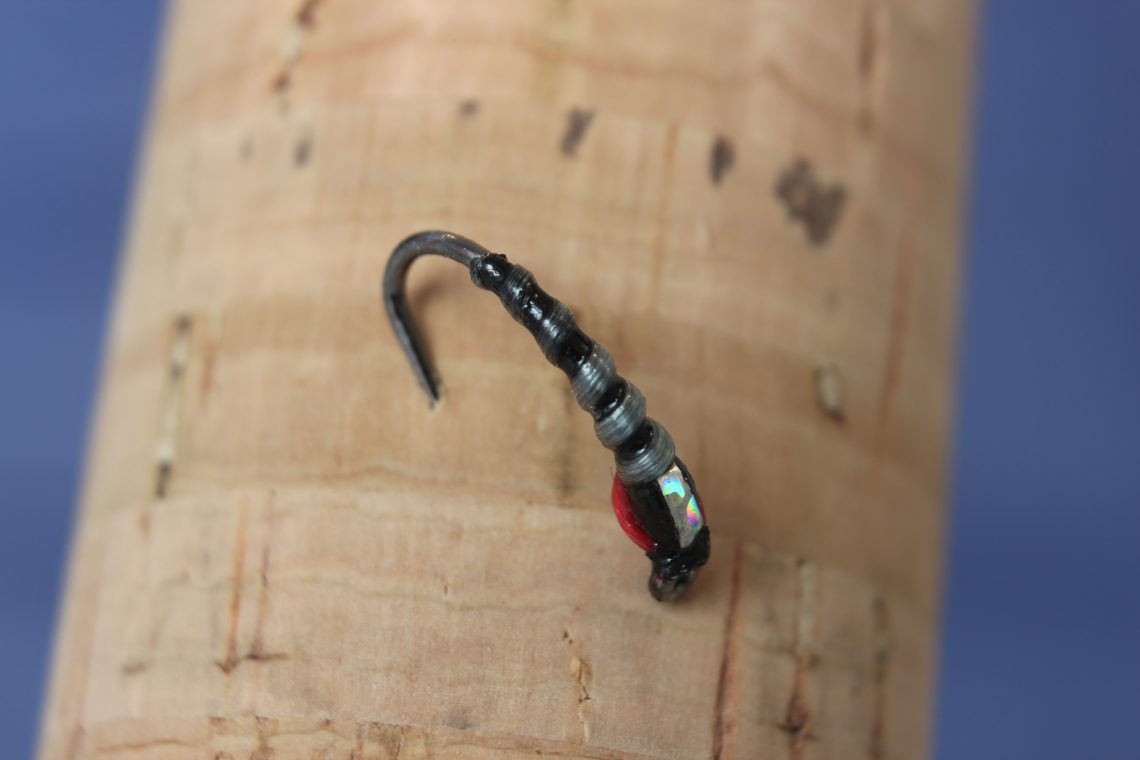 It is said that Dr. Howard Bell made the first chironomid imitation in the 1920s. The buzzer got its name from both the inventor and the lake the fly was first used in, The Blagdon Lake. It is unknown who the first tier was to make the Grey Boy Flexi-Floss Buzzer, but it is a chironomid imitation worth having in your fly box.

Slideshow on How To Tie a Grey Boy Flexi-Floss Buzzer

Step 2 – Make the Thorax, and Wings

Tie in one strain of medium Silver Holo Tinsel on top of the hook. Make a loop with the red UNI-Flexx around your tying thread and tie it in on the underside of the hook. Stretch the UNI-Flexx while tying it in and, at the same time, build up the thorax. Fold the Holo Tinsel over the thorax and tie it off before folding the UNI-Flexx over the thorax. The UNI-Flexx should be tied off on top of the thorax. Stretch and snip off any excess UNI-Flexx before securing your tying thread with a whip finish or a few half-hitches. Complete the buzzer by covering the body, thorax, and head with a layer of varnish or two.

How to Fish the Grey Boy Flexi-Floss Buzzer

Many fly fishers prefer using an indicator when fishing buzzers and chironomids. Instead of an indicator it might also be worth using a large dry fly. Many are making a rig with 2 to 4 buzzers to target different depths in lakes. If you fish in rivers, you will have more control over your tackle with fewer flies. 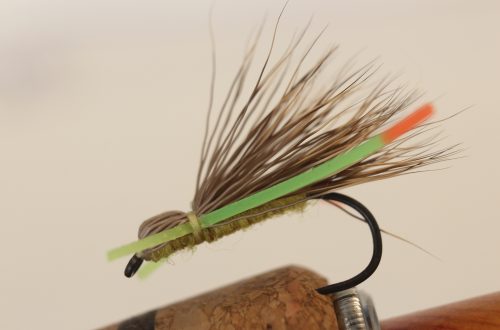 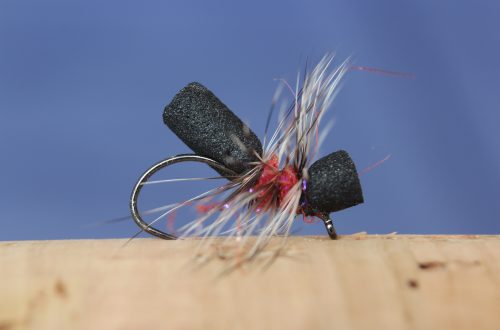 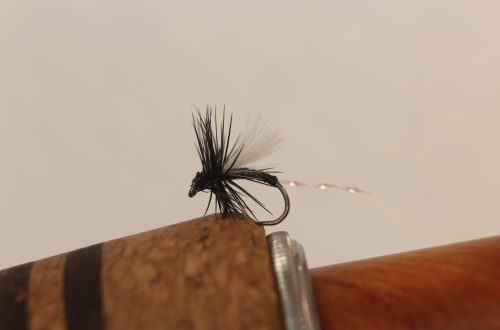