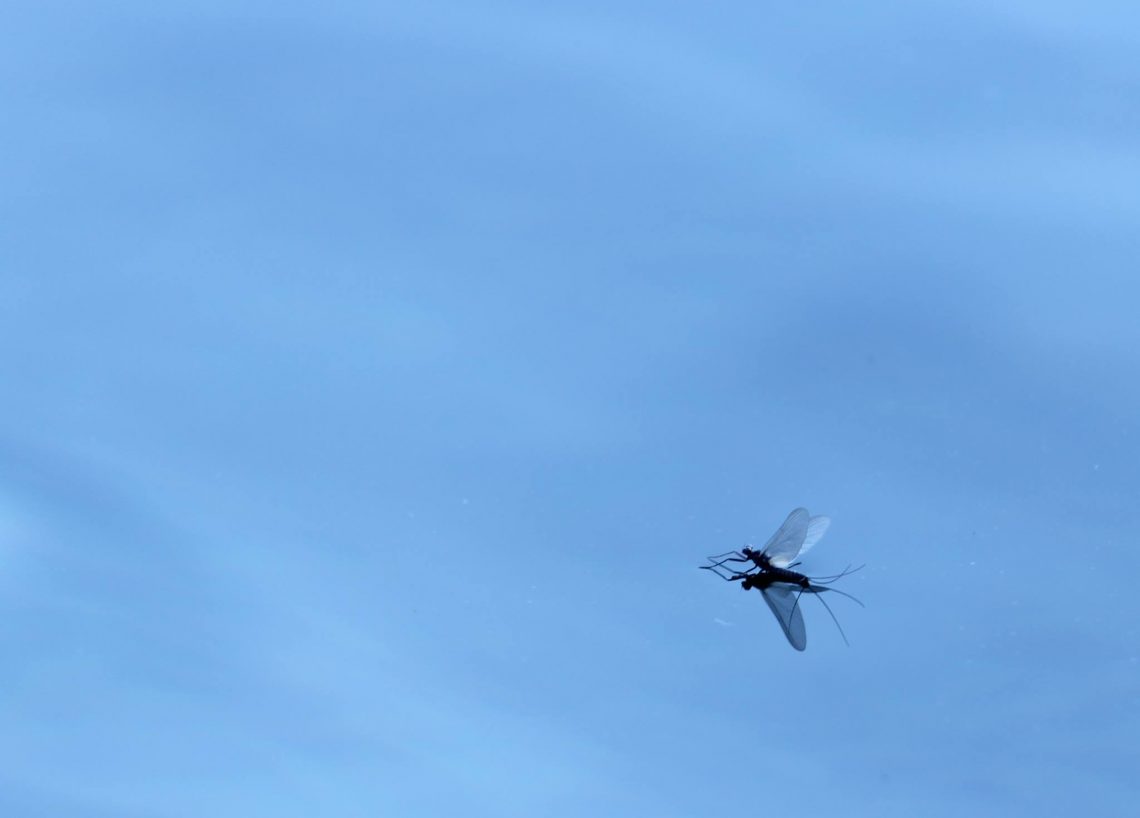 Fly fishing with imitations is often divided into fishing with nymphs or dry flies. This can be an oversimplistic view of the process the insect experience when transitioning from the nymphal stage to the adult stage.

The lack of catch might be because the fish targeted insects in a different stage than the fly fishers had on their line. By having some knowledge of the five stages of emergence, you might catch more fish.

To imitate this emergence stage, you can use trimmed down nymphs without any lead wire, beads, or heavy hooks, and instead use Antron Yarn, CDC, foam, dry fly hackle, or deer hair to help the nymph float, or rather hang in the surface film.

Gary Borger shows how to tie the Low Rider Emerging Nymph on his website. Jason Borger invented the floating nymph to imitate a stage 1 emerger. The fly is lightly dressed, having a dry fly parachute hackle and polypropylene yarn for the wing case.

The Low Rider Emerging Nymph is an easy tie, and you can tie it in multiple colors and sizes. The Princeps, Foam Film Nymph, and CDC Floating Nymph are other imitations worth mentioning. 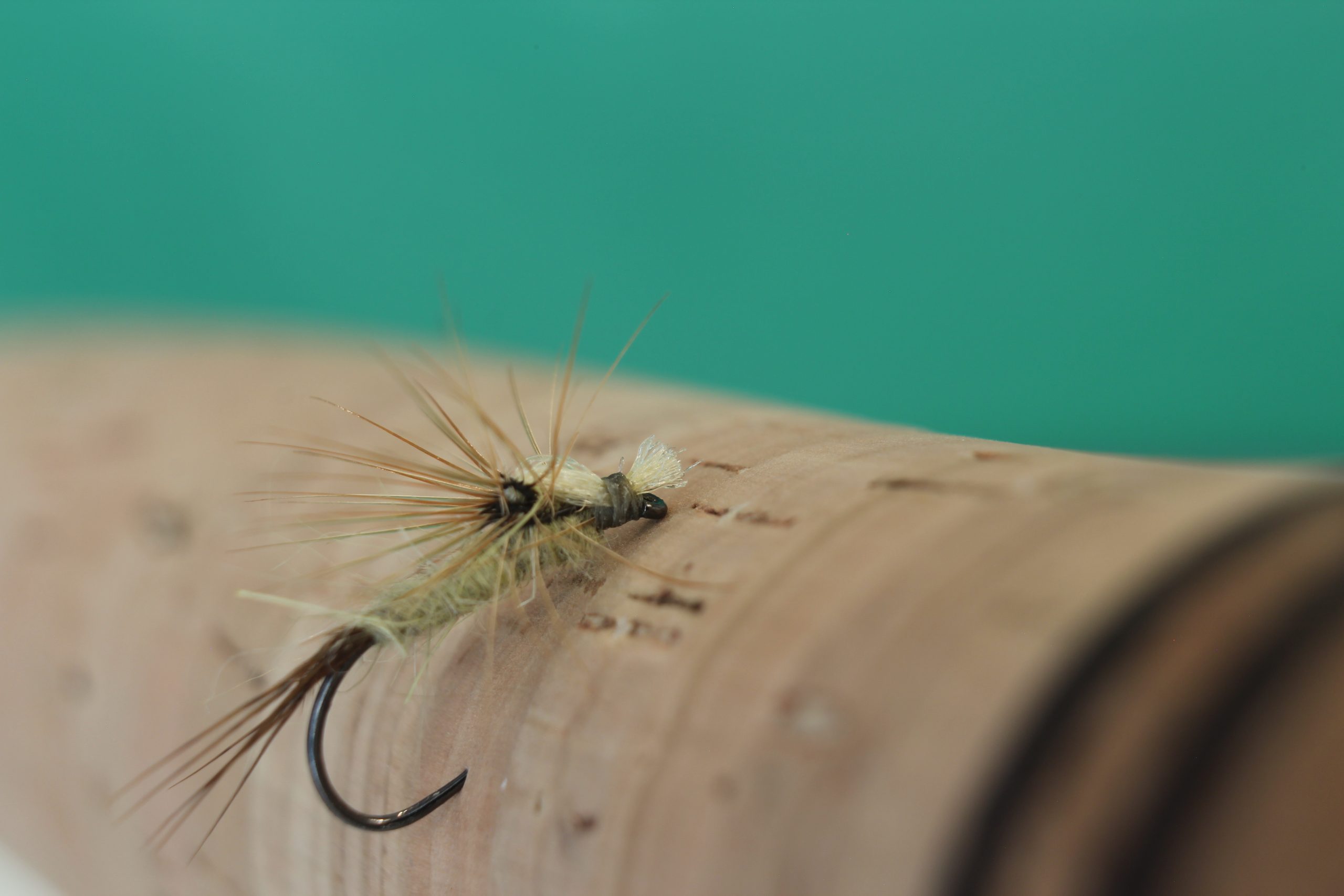 Stage 2 – Emerging From the Case

In the second stage of emergence, the insect starts to break out of the nymphal skin. The insect is attached to the surface film, and the wings push up and out from the case.

To imitate an emerger in this stage, you can tie nymphs with a parachute hackle and a wing ball. You build up the wing ball using synthetic dubbing, but you can also use materials like CDC or foam.

Gary Borger shows how to tie The Parachute Floating Nymph in his blog. This fly is tied like any other nymph, except it has a dry fly parachute hackle and a dubbing ball for the wingcase.

You can tie in the Parachute Floating Nymph in any color or size so that the fly can imitate hatching mayflies, caddis, and midges. You can also use the dubbing ball method to adjust other nymphs to imitate this stage of emergence. 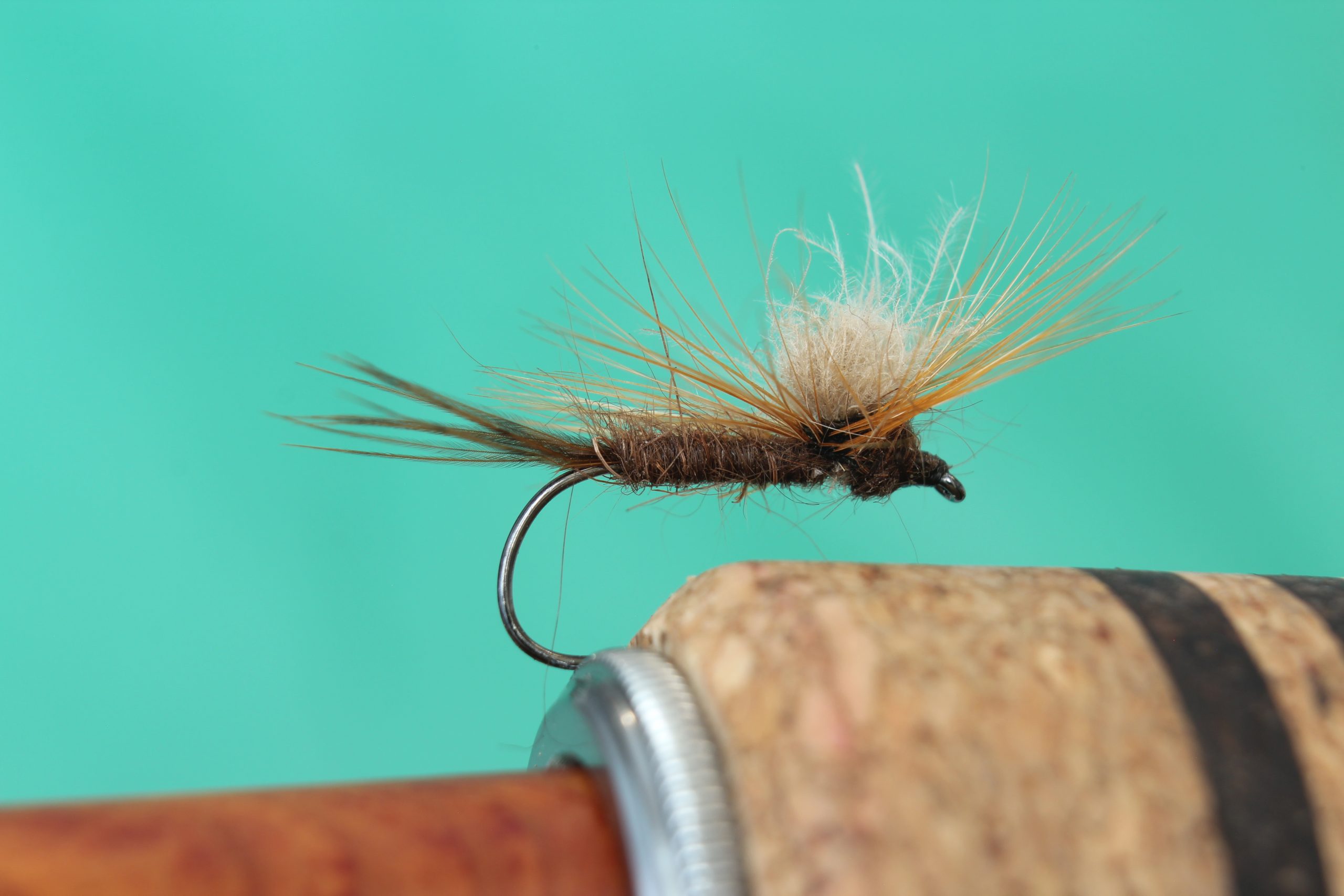 Stage 3 – Pulling Out of the Case Below the Surface Film

Parachute hackled dry flies are excellent imitations of insects in this emergence stage. These flies have a hackle tied around a posted wing on the upper side of the body. Tying the hackle horizontally above the body will allow the body to hang into the water from the surface film.

Gary Borger mentions both The Klinkhamer and The Adams as good imitations. To imitate caddis, mayflies, and midges, you can tie both fly patterns in multiple colors. You can also combine the two and tie an Adams Klink.

You have covered most hatching mayflies, caddis, and midges if you have The Adams, Adams Klink, or Klinkhamer in black, brown, olive, yellow, and grey sizes from #20 to #12 in your fly box. 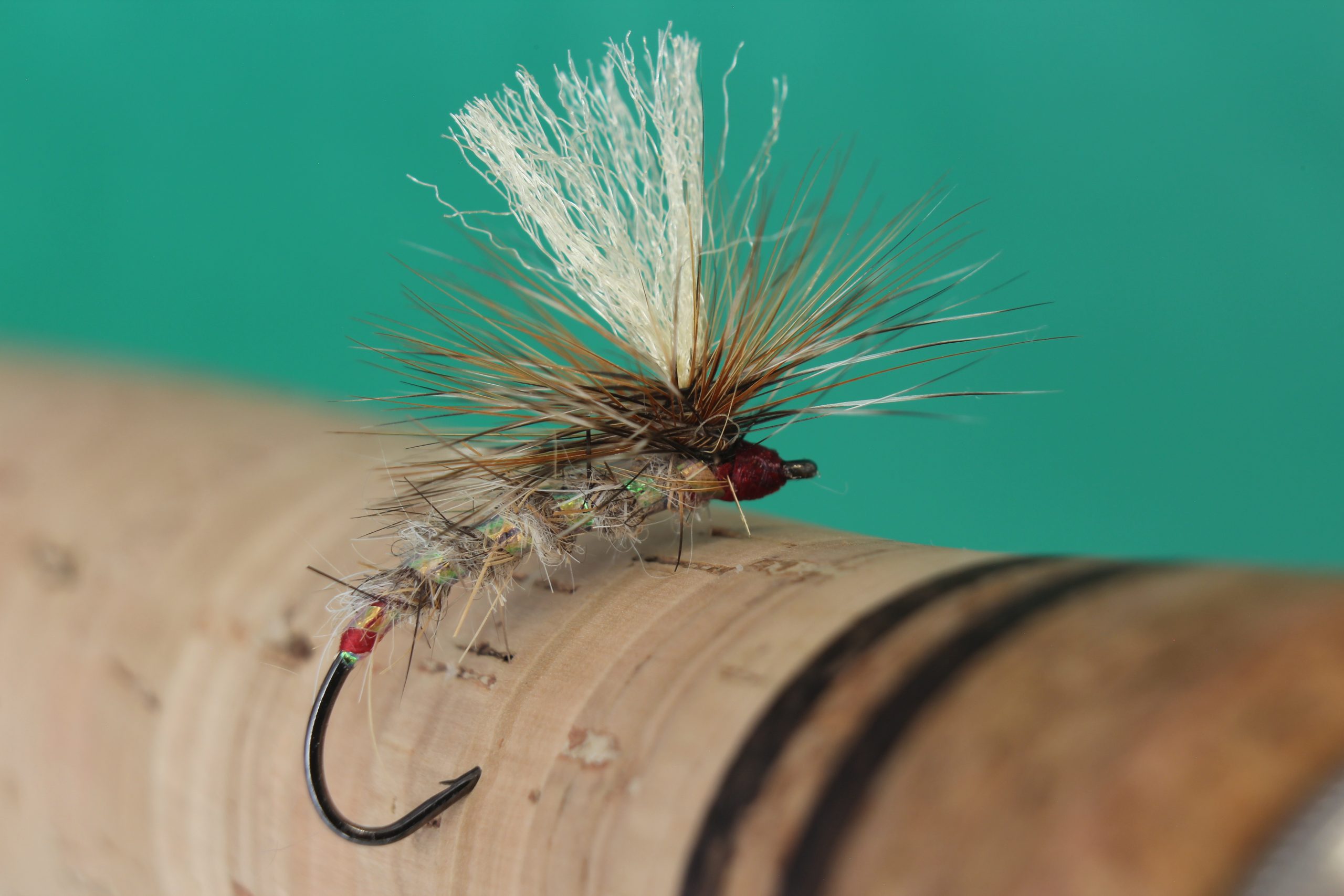 Stage 4 – Pulling Out of the Case In the Surface Film

In the fourth stage of the emergence cycle, the adult insect is in or on top of the surface film. The nymphal skin is still attached to the body, but it is barely hanging on and will soon fall off entirely.

We can see the entire adult insect for the first time in this stage. It is now better to tie more specific imitations of the mayfly, caddis, or midge to imitate this stage. Still, they should all have a trailing shuck.

Gary Borger uses The Wet/Dry Fly Emerger as an example of how to tie an emerger imitating this stage. The fly is an easy tie and an excellent imitation of emerging BWOs and other mayflies. Gary Borger uses poly yarn or sparkle yarn to imitate the trailing shuck.

The trailing shuck or nymphal skin defines this stage of emergence. To imitate the trailing shuck, you can tie in a tail of poly yarn. You can do this on any pattern imitating adult mayflies, caddis, or midges. 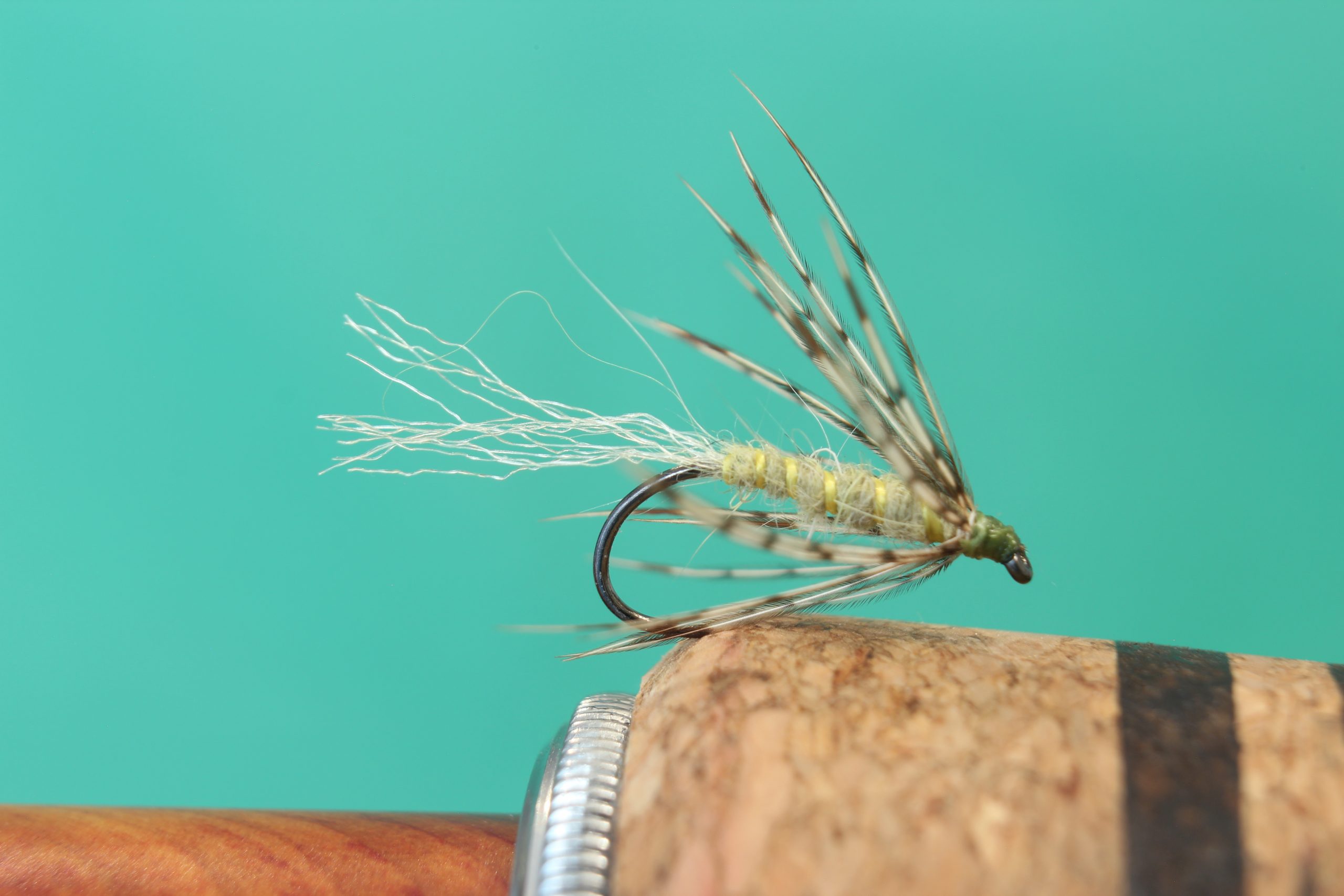 Stage 5 – Adult Insect On Top of the Surface Film

In the fifth and last stage of emergence, the adult insect sits on top of the surface film, ready to fly away. The insect has now wholly dropped the nymphal skin.

As the insect has dropped the nymphal skin, we can now see the tail of the mayflies. The insect also has fully extended wings.

To imitate emergers in the last of the five stages, we can use any fly pattern imitating the adult fly. Gary Borger uses The Wet/Dry Fly as an example. The Wet/Dry Fly is an excellent imitation of hatching Pale Morning Dun, Pale Evening Dun, Baetis, and other mayflies.

Numerous fly patterns are imitating the emergers of the fifth stage. Search for Caddis, Mayflies, or Midges on our site, and you can find descriptions and videos of how to tie the emerging insect you want to tie onto your tippet. 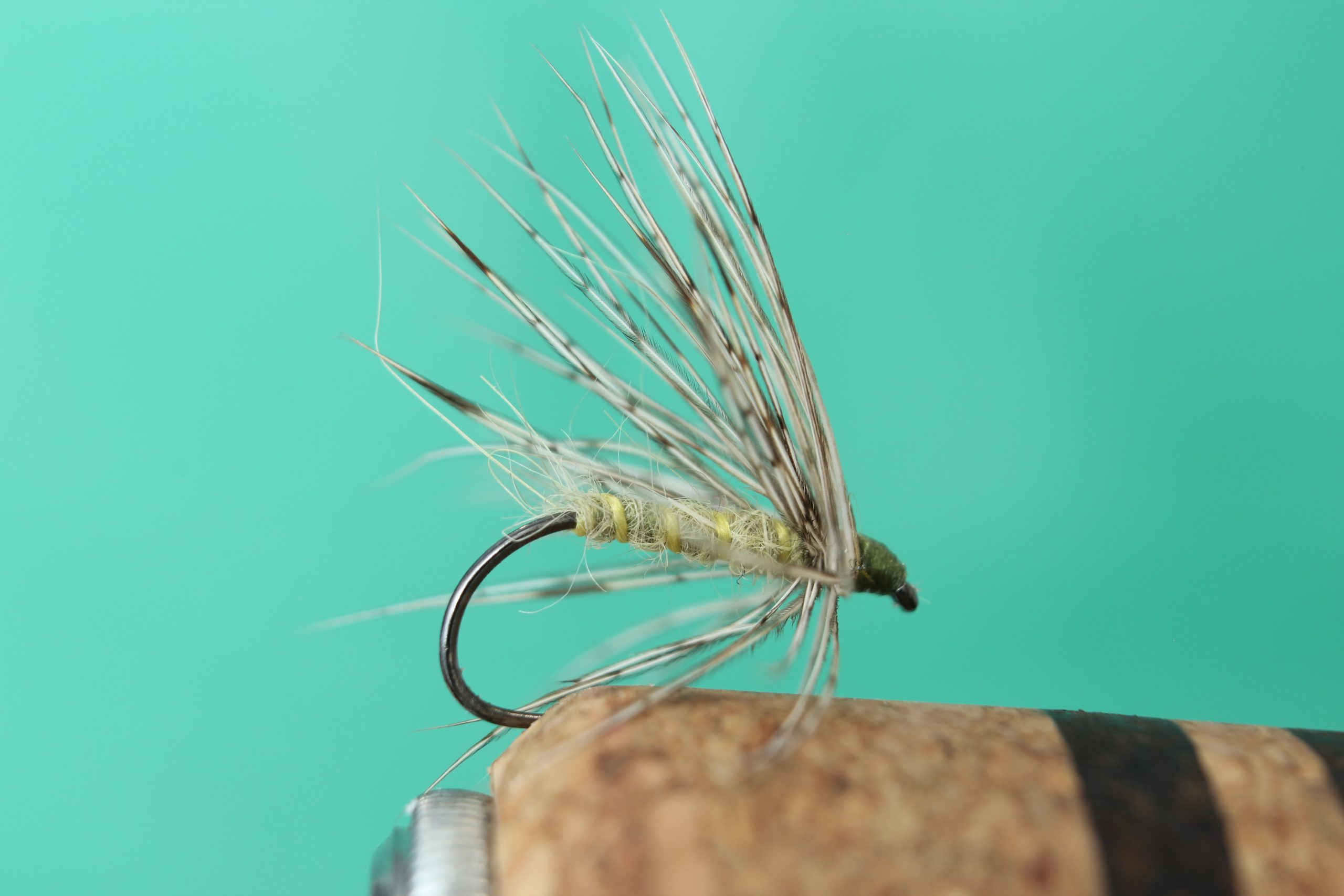 Read more about the five stages of emergence on Gary Borger’s website. 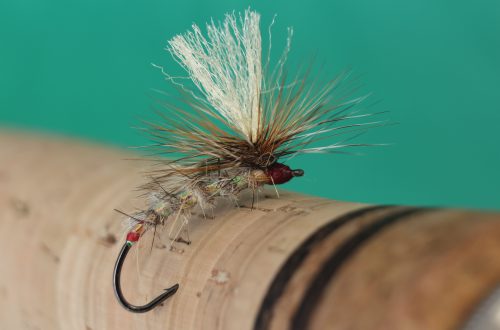 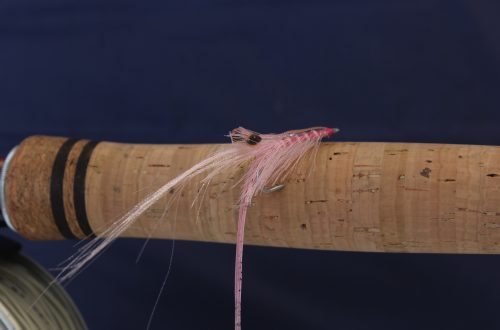 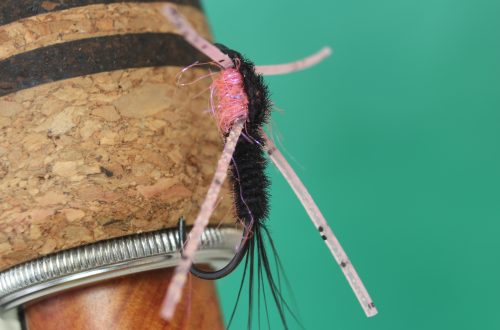